After the end of the Second World War, millions of people – survivors of the Shoah and Nazi rule and violence, East European refugees, former Spanish Republican soldiers, and many others – were displaced all over Europe and had to work out how and where to continue their lives. During the first post-war years, most of those refugees and DPs returned to their former places of living either on their own or with help of the UNRRA. Many of them, however, could not be repatriated or they had good reasons to refuse that option. Against the USSR’s request, the United Nations founded the International Refugee Organization (IRO) in 1946/1947, to organize the resettlement of the non-repatriated DPs. In addition to resettlement within Europe, the IRO also organized the resettlement of round about one million people in the Americas, in Australia, in member states of the British Commonwealth, in Northern Africa, Asia or Israel. About 100.000 of those DPs were resettled in Latin America.

The project investigates this extensive historical case of internationally organized resettlement of DPs from the perspective of Historical Migration Research and as a model of dealing with consequences of violence-induced migration on the case of the resettlement in Venezuela. 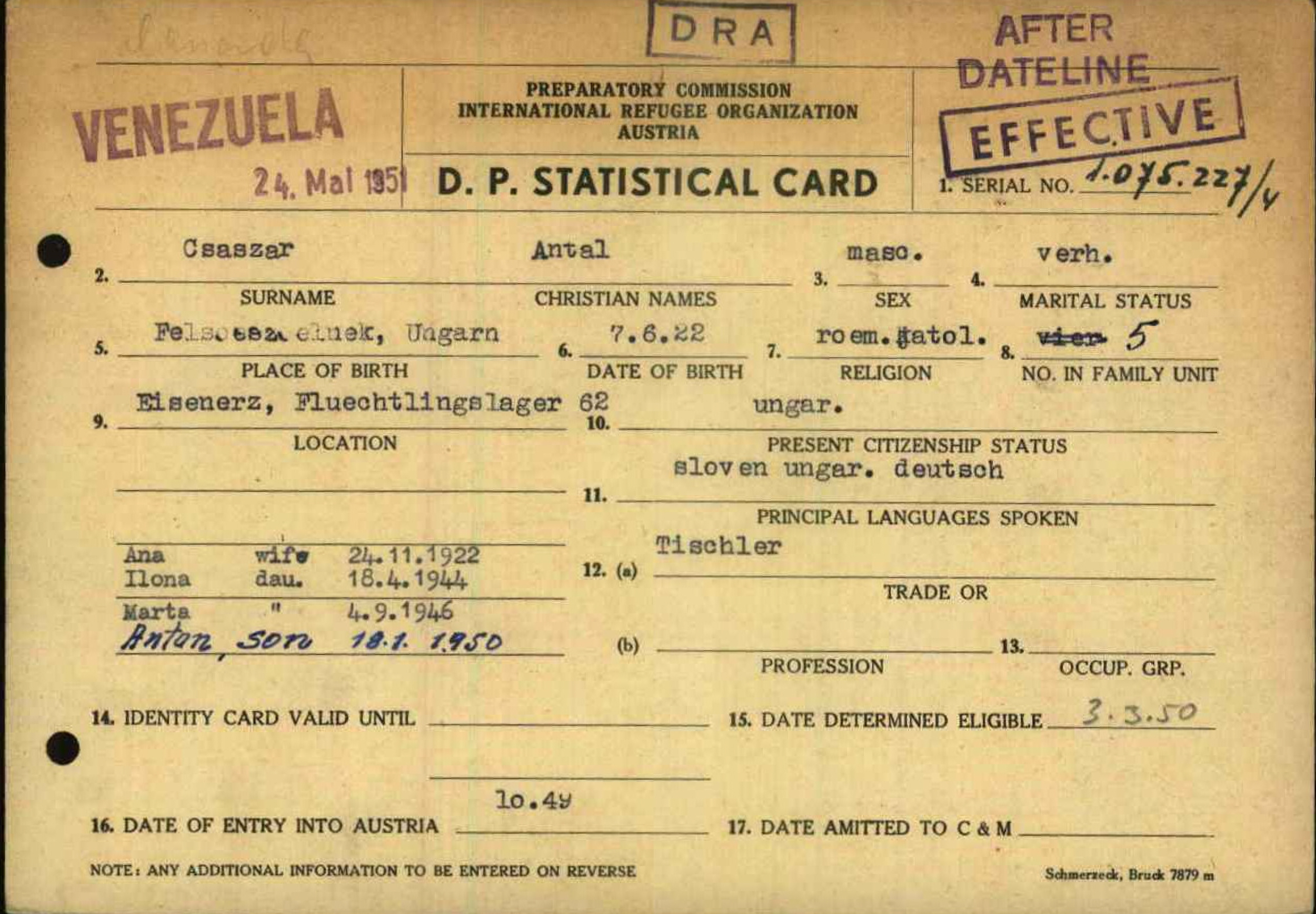